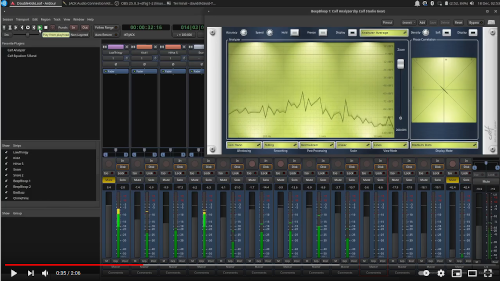 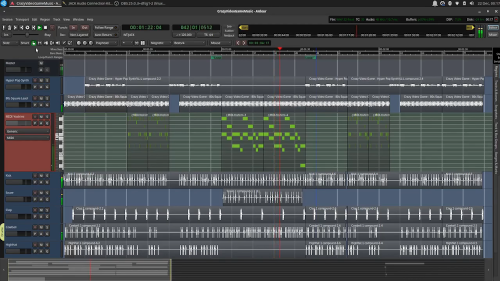 It goes without saying that being a creative person is not easy. What is often not said is that it leads a person down some strange paths of learning and experience. Enter David Peterson Harvey's Strange World, an off again on again journey into the mind of creative and educator David Peterson Harvey. Learn the knowledge, process, success and failure of an eccentric creative who teaches and encourages you without judging your creative tools and processes. From lectures and walkthroughs to a downright eclectic set of intertwined interessts, learn to unlock your creativity through someone else's eyes.

Two goldfish and a monkey get together with a music producer and strange sounds emerge. Enter the world of Goldfish Sister Revival, a strange experiment involving Goldfish Sister, Glurp de Glurp (the "de" is silent) and Monk Eaz, the intrepid heroes who fumble their way through a landscape of musical ideas and expressions. They make electronic music (sort of) that's quite often a bit different from what you are used to hearing. Explore the new and familiar with sonic weirdness that somehow comes together to make sense.

David arranges, produces and sometimes he even performs. He owns the studio and all the toyz to make the noiz.

Goldfish Sister Revival's sometime lead singer and all around musical heretic. GS's music is often over the top and just a little insane.

Glurp fills in the holes and provides sonic interest. If it's cool and laid back, Glurp de Glurp was involved. The "de" is silent.

A little insane and slightly profane, he escaped from a lab where he was forced to listen to Barry Manilow songs non stop for 3 years.